Uwajima is one of nine locations to watch bull fighting in Japan. Uwajima Bull Fights (宇和島闘牛, Uwajima Tōgyū) are held on five days per year in January, April, July, August, and October. Organized bull fighting at a proper venue started in Uwajima in the 1800s, although bull fighting has taken place here long before.

The competitive bulls are categorized in a similar hierarchical structure as the wrestlers in sumo, each with a rank that befits their past performances. The rank names mimic those applied in sumo with the exception of the highest ranked bulls which are named "champions" rather than "yokozuna". In addition, there is a middle weight and a heavy weight class difference in bull fighting, unlike in sumo where there are no weight classes.

At each tournament, around ten matches are held at the Uwajima Bull Fighting Arena on a hill just above the city center. The arena has a roof, allowing the fights to also take place in rainy weather. The event usually starts at noon and last about three hours, although the day could go on longer because there is no time limit for each bout. The arena offers a shop where bento boxes and drinks are sold. It is also possible to go inspect the bulls outside of the stadium as they wait for their appearance. 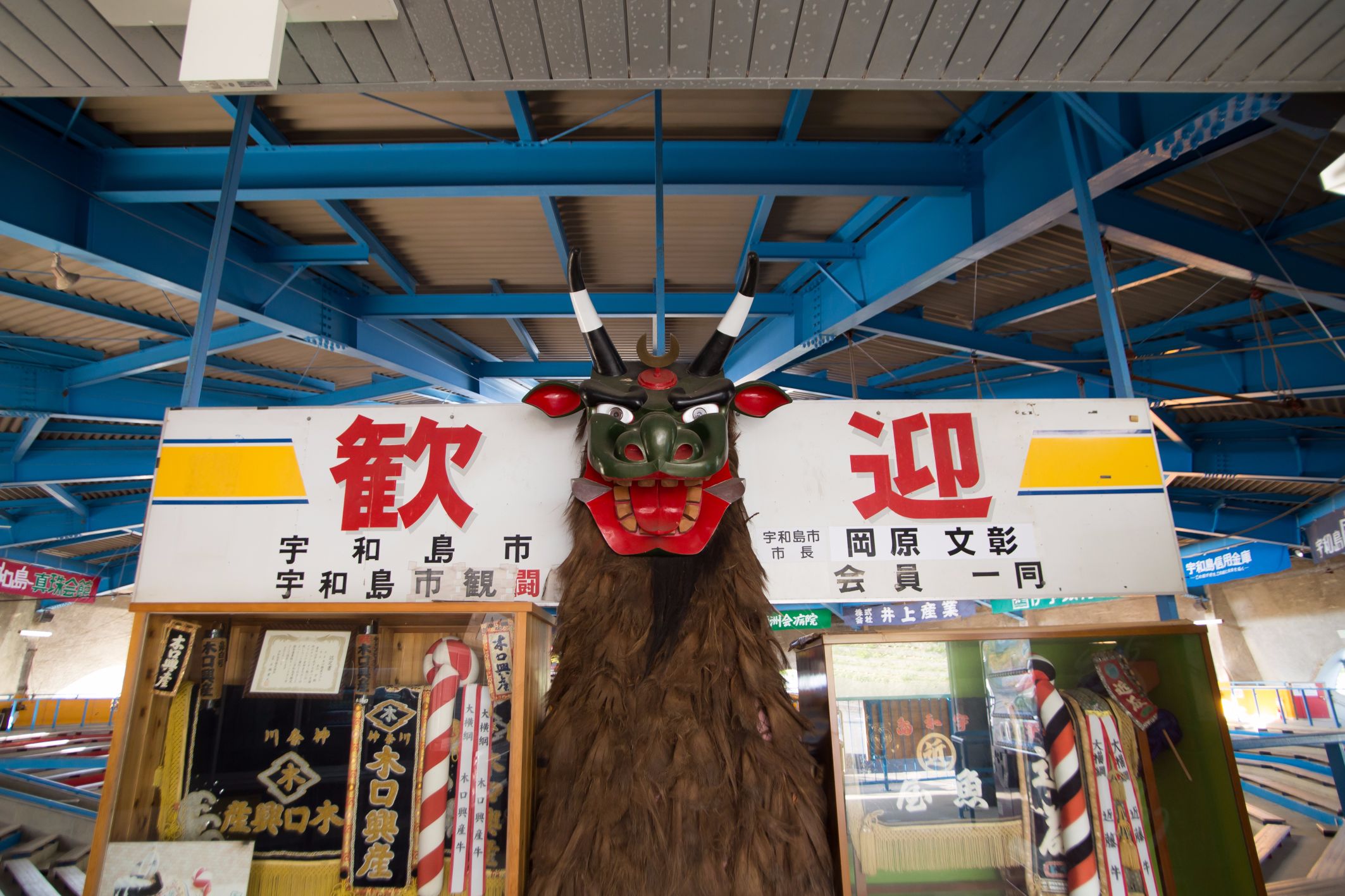 Before each bout, the two bulls are introduced and walked into the arena by their trainers. Some crowd favorites have their tailor-composed theme music played, which adds to the spectacle. The stylized tone used by the ring announcer further creates a lively atmosphere. A match starts as the participating bulls lock horns and ends when one of them runs from the fight. Needless to say, the bull that does not flee is declared the winner. The trainers of the winning bull are then presented with a flag and a trophy to the applause of the spectators.

Matches can be short, but typically take several minutes and sometimes over half an hour. Occasionally one of the bulls does not show any fighting spirit and is declared loser without any action taking place. In general the bull fights here are much more humane than bull fights in other countries. If you don't have a problem with watching animals battle in an organized event than maybe you should not attend, but I do recommend you go see it with open eyes and appreciate another countries culture. 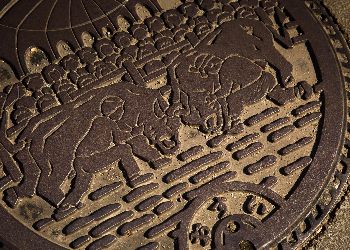 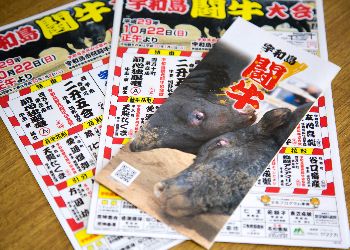 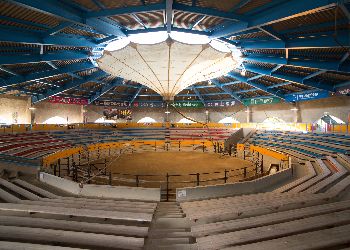 Tickets are available for 3000 yen per person at the area on the day of the fighting. All seats are non-reserved. If purchased at least one day in advance, tickets cost only 2500 yen. Online reservations are possible from one month until two days in advance over an online form in Japanese.