A beautiful villa in Ozu...

Garyu Sanso (臥龍山荘, Garyū Sansō) is a subtle yet outstanding villa located by the river east of Ozu's old town. The villa was built around 1907, rustic in appearance and traditional in construction methods but artistic in features. It took ten years to design the villa based on references from famous imperial villas in Kyoto such as Katsura Rikyu and Shugakuin Rikyu. Around four years and 9000 artisans were required to construct it.

Visitors to the villa arrive at the main building called Garyu-in, a big, wooden, thatched-roof house. Here there are a few seemingly simple, yet brilliantly conceived rooms. Each room has interesting features, such as intricately carved transoms, elegantly made lattices, unevenly sized tatami mats, tastefully decorated door handles, aesthetically pleasing alcoves and coffered ceilings. One room has a circular window that symbolizes a full moon, while the staggered shelves to its left represent clouds; when the candle on the Buddhist altar behind the window is lit, the window and the shelves resemble a bright moon in the midst of floating clouds.

Behind the main building is a nice garden, whose paths are formed by stone slabs. Within the peaceful surroundings of trees stands Chishi-an, a small tea house that used to be the bathroom of the villa when it was first built. The tea house has a unique squarish entrance elevated above ground; unfortunately, visitors are not allowed inside. 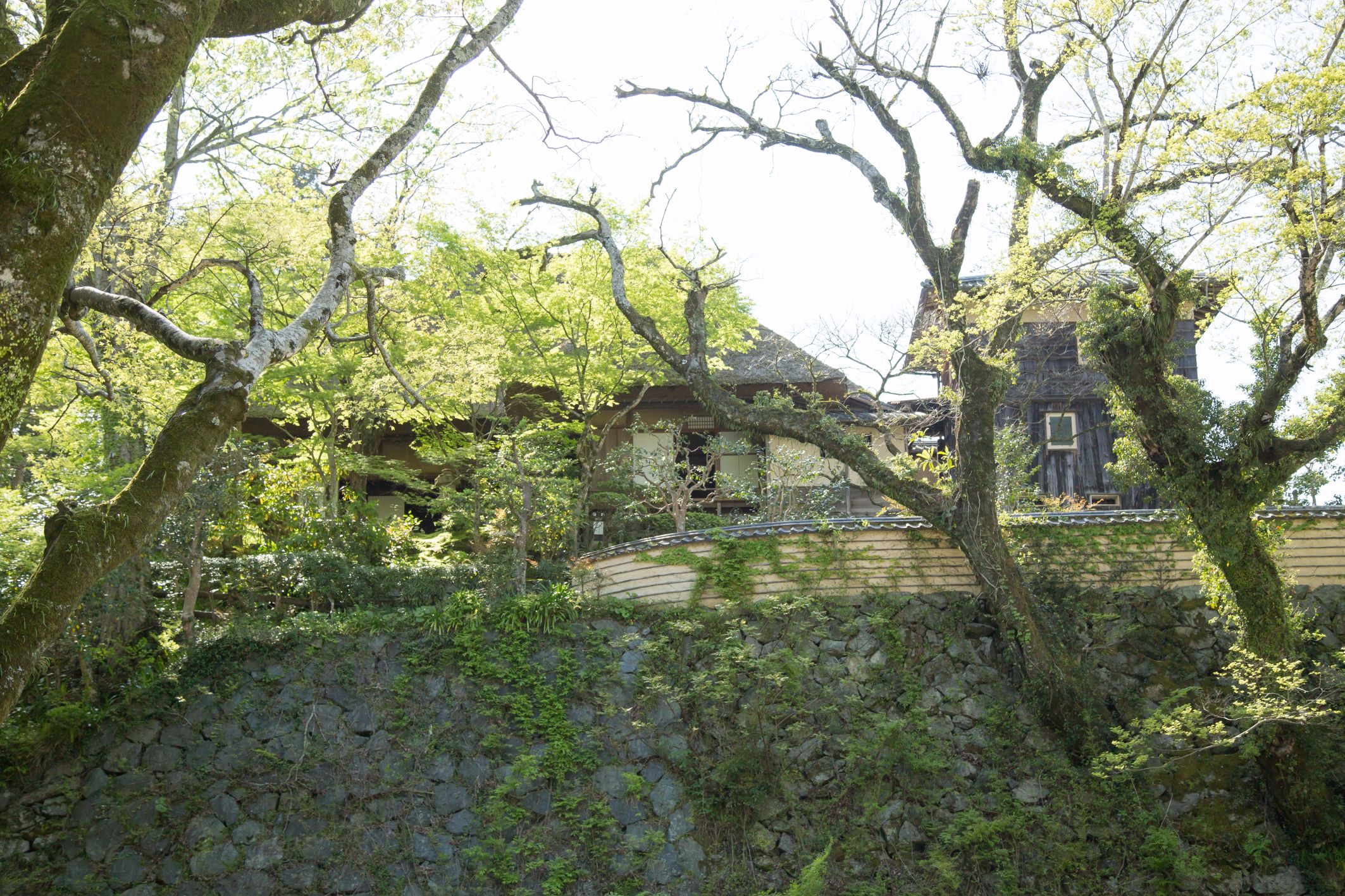 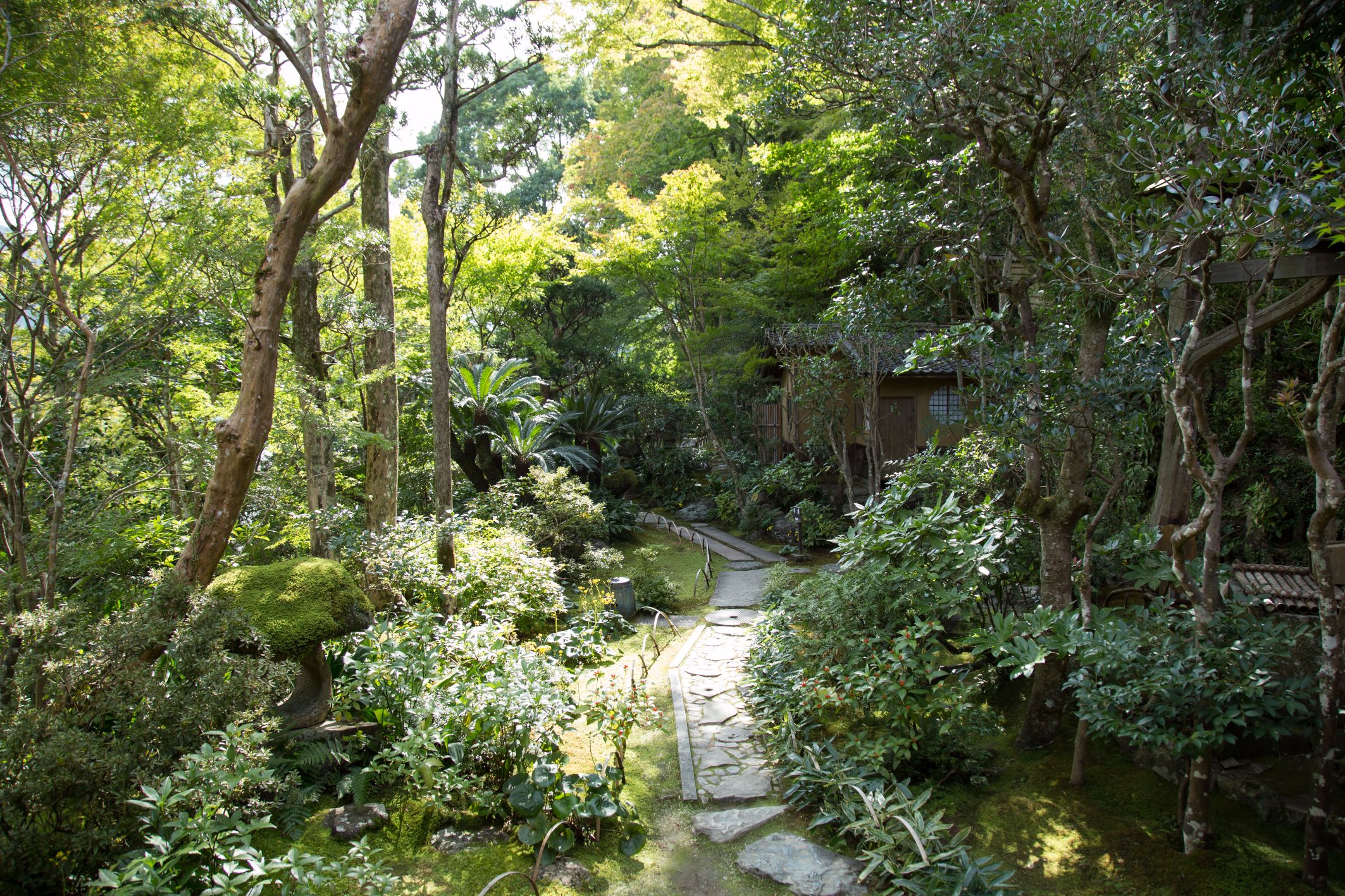 At the innermost of the garden stands another thatched-roof house named Furo-an, which utilizes a living tree as one of its pillars. The image of Furo-an resting on stilts above Hijikawa River is a great photo opportunity for you photographers out there. The house is well-lit by natural light and good views can be seen from here of the river. Furo-an has an interesting curved ceiling onto which the river reflects the image of the moon during the night. However, visitors can only imagine how the reflection will look like, as Garyu Sanso is not open in the evenings. On Sundays and national holidays from April through October, tea and a small snack are served here for 400 yen 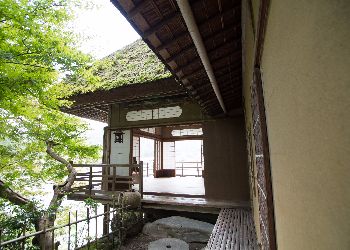 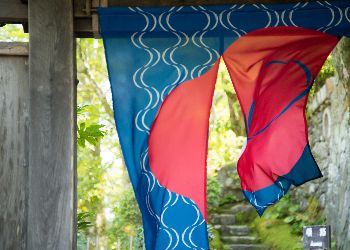 Garyu Sanso can be accessed in about a 30 minute walk from Iyo-Ozu Station. Alternatively, take the loop bus from the station to Asamoya-mae (あさもや前) bus stop (7 minutes, 100 yen, 1-2 buses per hour) from which the villa is a five minute walk.