Uchiko (内子) is a pleasant town located about 40 km southwest of Matsuyama in Ehime Prefecture. Uchiko was once a prosperous center of wax and paper production. One of the town's main attractions, the Kamihaga Residence, explores this historical industry.

Yokaichi Old Town is Uchiko's preserved street of houses where most of the town's attractions can be found. This historical district looks exactly the same as it did over 100 years ago when wealth and prosperity came to Uchiko through its wax trade.

Another symbol of Uchiko is found outside of the old district: Uchiko-za is a full-scale kabuki theater equipped with trap doors, hidden entrances, and a rotating stage.

Uchiko-za (内子座) is a fully operational kabuki theater in the center of town, and a point of pride for Uchiko. The beautiful, multi-story building was built in 1916 and continues to occasionally host various events, including kabuki and bunraku performances.

Visitors can enter Uchiko-za and explore the many trap doors and hidden passageways around the stage. Kabuki stages are known for their elaborate design, allowing for sudden disappearances and dramatic entrances. At Uchiko-za, visitors have the opportunity to examine the mechanics of what Kabuki performers do for their choreography. 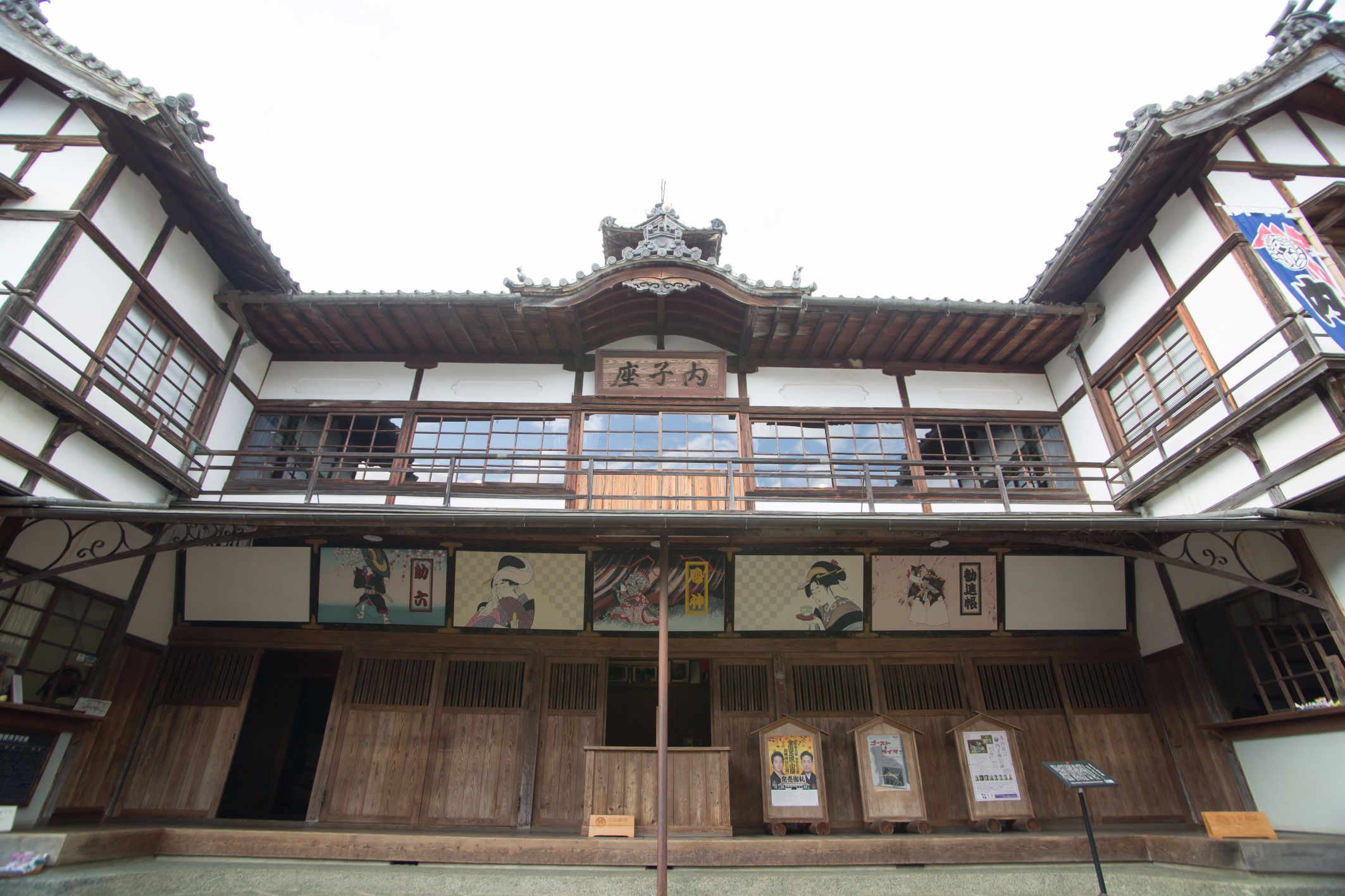 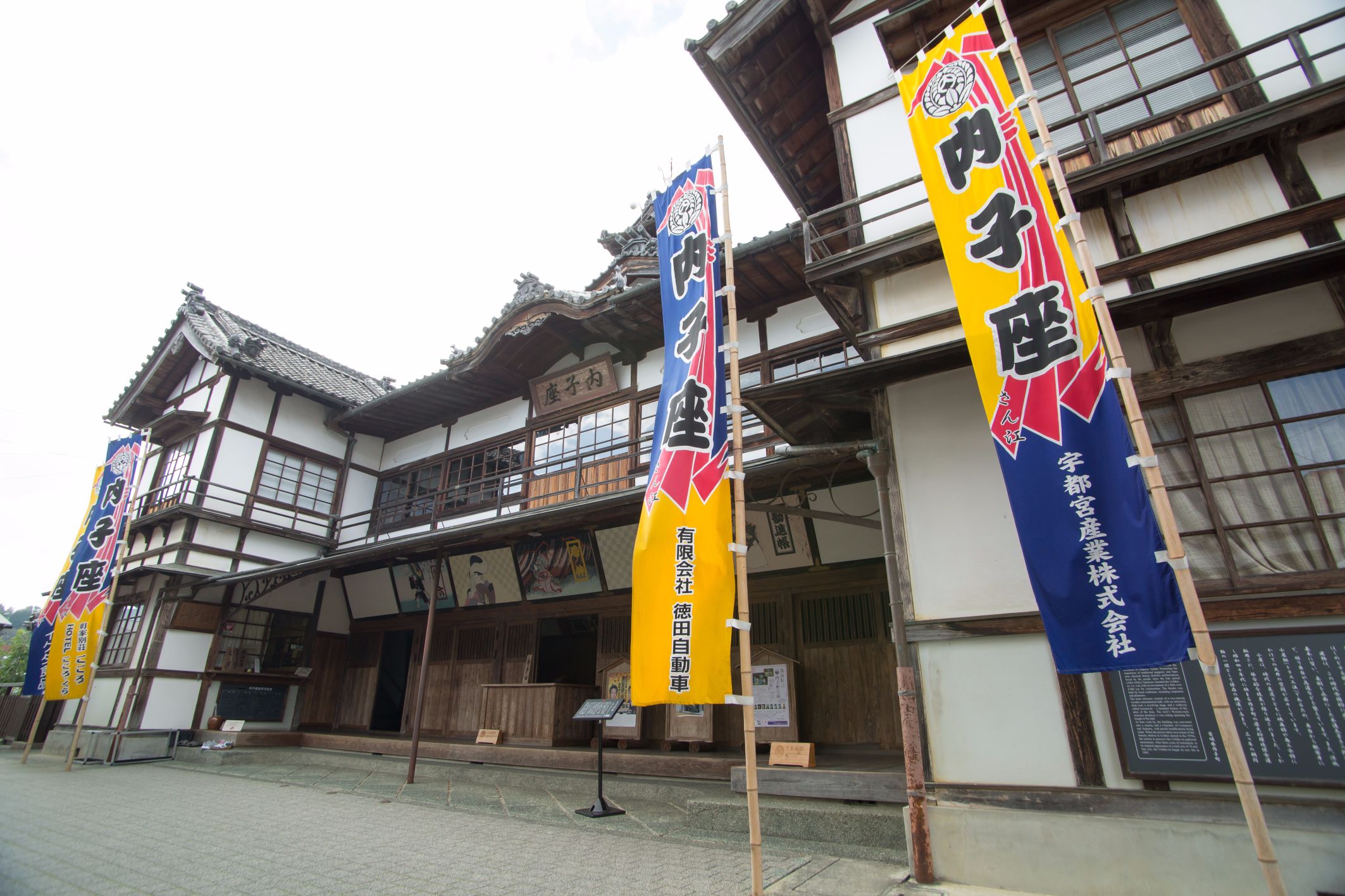 The extraordinary enjoyment of watching a performance while surrounded by the warmth of the wooden interior nestled at the heart of Ehime Prefecture in Shikoku, the town of Uchiko was made prosperous by the production of raw silk and Japan wax. It was the dream of the townspeople to build a theater for the performing arts, in order to be able to enjoy performances during the off-season for farmers. They made use of the wealth that they had saved and were able to build a kabuki theater. Its name was Uchiko-za and was built in the year was 1916. The theater was a wooden building with two floors and a thatched hip-and-gable roof and could hold 650 people. There were a diverse range of performances including kabuki, puppet shows, and rakugo (traditional comic storytelling).

Over time, it became less popupar and there was the talk of taking it down, but the enthusiasm of those who wanted it to survive won through, and it was refurbished in 1985. The revolving stage used for performances, the naraku (Hell-the pit below the revolving stage), the hanamichi (runway), the sajiki-seki (gallery), and the masu-seki (box seats) are all as they were when the theater was originally constructed. The structure is such that proper kabuki performances are possible, and it is used for a variety of performances even now, with the theater attracting audiences totaling almost 20,000 people annually.

On days when there are no performances or events, the theater is open to the public and visitors can view the rotating stage mechanism, as well as other apparatus for raising and lowering the stage, such as the rokuro pulley system and the suppon trap door lift. The theater is the oldest wooden playhouse that still exists in Ehime Prefecture, so it has been designated as a cultural asset by the town of Uchiko. 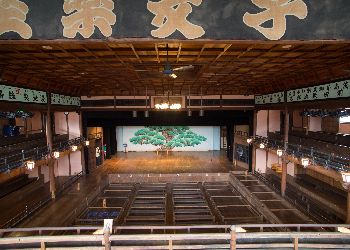 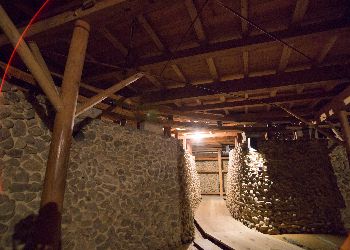 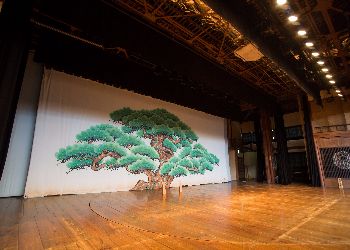 Uchiko-za is located a 5-10 minute walk from JR Uchiko Station.