Oyamazumi Shrine (大山祇神社 Oyamazumi Jinja) is located on the island of Omishima in the Seto Inland Sea. The shrine is dedicated to the gods who protect sailors and soldiers. Because of this, many daimyos and other military leaders have made offerings at the shrine in hopes of military success, or in thanks for victory in battle.

The offerings of swords, armor, and other military equipment are now housed in the largest museum of fighting equipment used during the age of the samurai in Japan. There are items housed in the shrine which belonged to Tomoe Gozen, Minamoto no Yoritomo, founder of the Kamakura Bakufu and first shogun, and to his younger brother, Minamoto no Yoshitsune. 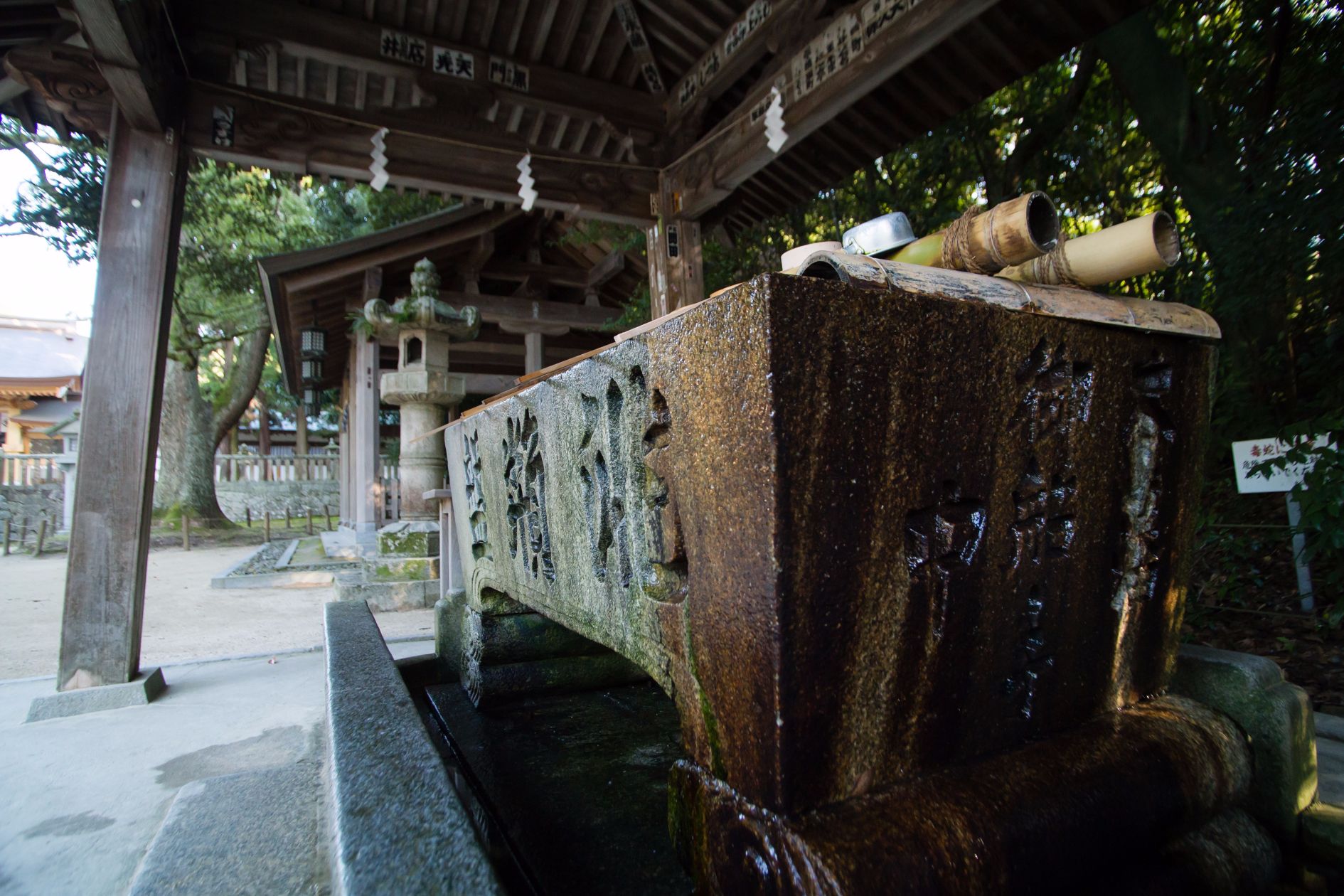 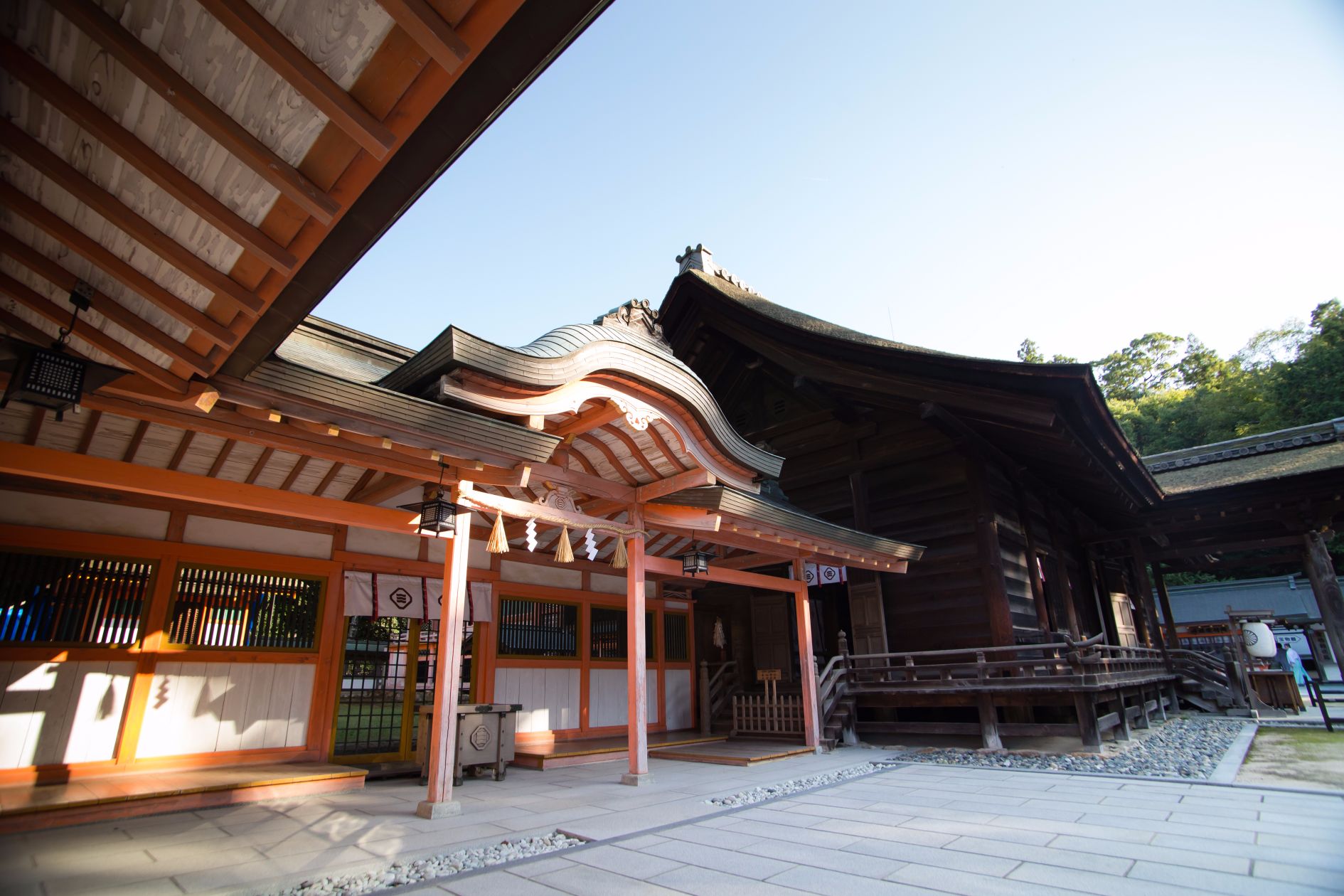 Located on the island of Omishima in the middle of the Seto Inland Sea between Honshu and Shikoku, Oyamazumi Shrine was once one of the most important shrines for samurai and today is a mecca for people interested in samurai weaponry and martial arts. It is not so much the shrine itself that is of interest, many people would rather see the shrine's collection of armor and weaponry, as a full 80% of such that are registered as National Treasures are located here. A must visit for anyone who was ever interested in the Samurai era.

Omishima is located on what was in pre-modern Japan a major transportation route, the sea route between the capital in Kyoto and Kyushu and western Japan and mainland Asia. The island can be accessed by taking the Shimanami Kaido. You can take a bus, car, or even cycle there on the beautiful cycling paths across the bridge.

No one knows exactly when, but samurai used to stop here to pray for success in battle, and if successful they would return and make offerings of their weapons and armor to the shrine, and these offerings are what now constitute the shrine's historic collection.

Oyamazumi Shrine itself is set in a grove of Camphor trees, estimated to be 3,000 and 2,600 years old.

Wrapped with shimenawa, sacred ropes, these venerable trees are worshiped as is evident by the many coins left around their bases. Approaching the recently rebuilt main gate, you will notice the guardian statues either side are unusual. Temples will usually have Nio, those fierce giants with threatening visages, but shrines, if they have guardians in their gates, will have a pair of figures called Zuijin, dressed in Heian Period costume and seated. Here at Oyamazumi Shrine, the martial aspect is highlighted by the guardians being standing figures dressed in armor.

Oyamazumi Shrine itself is fairly typical for a shrine this size: lines of sake casks, numerous paper and stone lanterns, bark roofs on the main buildings, and much smaller, secondary shrines scattered around, but the whole shrine is overshadowed by the huge trees surrounding it.

To the right, a path leads up to the entrance to the shrine's museum, the Homotsukan, where the shrine's treasures are on display. After paying at the gate, the first thing you see is a huge ship's propeller in front of a tall concrete A-frame structure.

This is the Omishima Marine Museum, and the entry fee includes entry to it as well. The main display is a boat that was the personal vessel of Emperor Hirohito who, following Japan's defeat in World War II reinvented himself as a marine biologist.

There are lots of exhibits of dead marine creatures in glass cases, but very few people visit. The Homutskan is to the left and is two connected buildings. It's an old-fashioned kind of museum, kind of musty, with all the displays in glass cases. All the shrines' treasures are here and that includes some bronze mirrors, and statuary, including a magnificent pair of Nio guardians, but the bulk of the items on display, and the main reason people visit are the samurai weaponry. 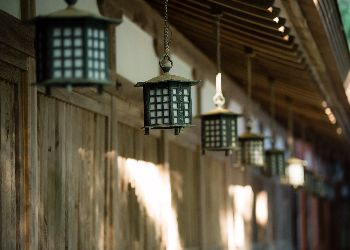 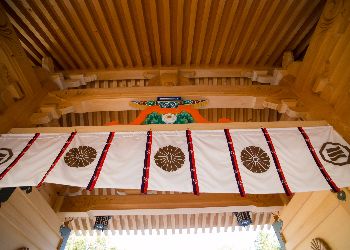 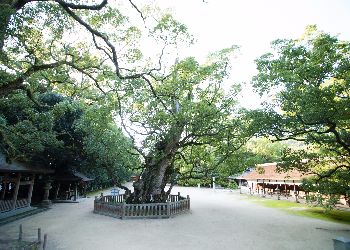 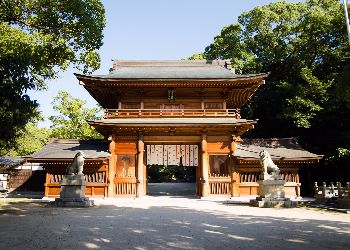 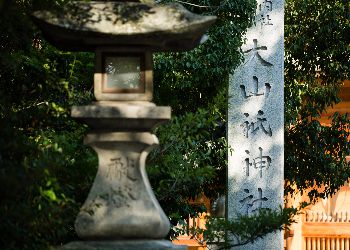 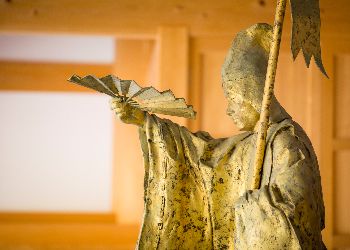 Entry to the shrine is free.

All stations include various departure times and fees. Please check with the station for more information.