Ozu City (大洲, Ōzu) is located in Ehime Prefecture on the western coast of Shikoku. The city emerged during the Edo Period (1603-1867) as a castle town. A section of the old town remains today with nostalgic alleys and old-fashioned houses, serving as remembrance both to the days of the Edo Period and the Meiji Period (1868-1912). Recently Ozu Castle was reconstructed and stands proudly in the city center as the local icon.

The beautiful Hijikawa River flows through the center of Ozu City. This is one of the three greatest places in Japan to see cormorant fishing (ukai) in the summer. Garyu Sanso, a villa that superbly combines aestheticism and serenity, stands just east of the old town, on the banks of Hijikawa River. 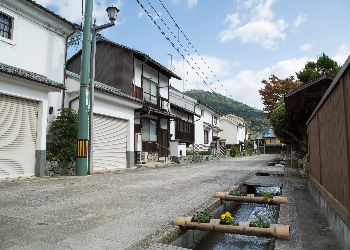 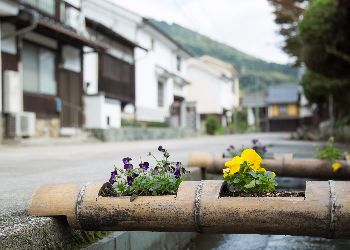 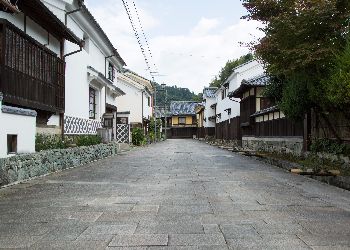 Ozu Castle (大洲城, Ōzujō) stands on a hill by Hijikawa River in the northwestern part of downtown Ozu. The castle has its origins in the 1300s, and it was rebuilt a few times over the years because of destruction by fire, as well as natural and human-caused disasters. The current castle has been reconstructed in the 1950s, and in 2004 the reconstruction was finally completed.

Unlike many other castles that were rebuilt in the last century using ferro concrete, the main keep of Ozu Castle was crafted mainly with wood and traditional construction techniques. As a result, it looks close to the original castle not only from the outside but also inside. The main keep is flanked by turrets on two sides, an interesting feature that is quite rare among Japanese castles, many of which have just solitary standing main keeps.

Inside the castle buildings, there are many different exhibits about the history of Ozu, maps from past to present, models of the castle, and displays of armors and other items belonging to past feudal lords. Reaching the top of the four-story main keep rewards it’s visitors with good views of the city and the river. 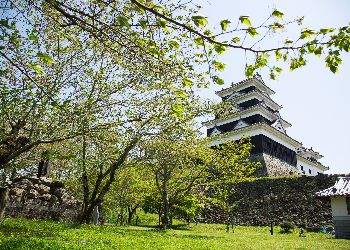 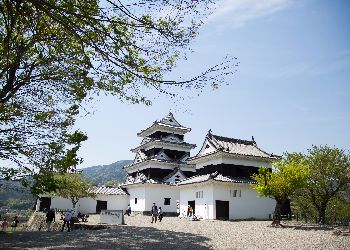 Ozu Castle can be accessed in a 20-30 minute walk from Iyo-Ozu Station. Alternatively, take the city loop bus from the station to Ozu Honmachi (大洲本町) bus stop (5 minutes, 100 yen, 1-2 buses per hour), from which the castle is a 5-10 minute walk.