Uwajima (宇和島) is a coastal city in southern Ehime Prefecture, facing the Bungo Channel that separates Kyushu from Shikoku. The small city is home to one of only twelve extant original castles from the Edo Period (1603-1867). The Date Museum recollects the history of Uwajima and the Date clan which ruled the region around Uwajima for around two and a half centuries during this period.

Being a coastal city, Uwajima supports a couple of industries related to the sea, such as fishing and pearl cultivating. It is one of the top pearl producers in Japan. Local specialties include Taimeshi (a dish of rice and sea bream) and Jakoten (fish cake). The waterfront around the city offers great coastal scenery. Uwajima has also known for the bull fight events that it stages five times a year. 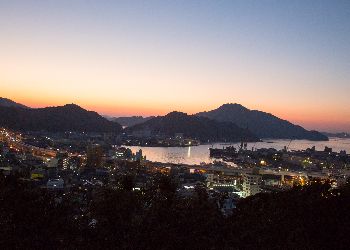 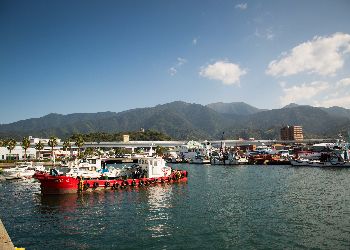 Uwajima Castle (宇和島城, Uwajimajō) is one of only twelve original castles that survive intact from the Edo Period (1603-1867). The small but atmospheric castle was built around the turn of the 17th century and was later refurbished when the Date family took over ownership in 1615. The Date clan continued to rule Uwajima from Uwajima Castle through the Edo Period. The castle stands on a hill which was situated just by the sea in the past, but land reclamation along the coast has resulted in it standing further inland today.

Visitors can approach the castle's keep starting from the north or south. The respective routes travel uphill on flights of stone steps meandering past moss-covered stone walls and leading through the forest, which comprises of an interesting variety of vegetation. About halfway up the hill along the northern approach stands the Yamazato Soko, a storehouse built relatively recently in 1845. The structure now serves as a small museum, exhibiting festival props, craft tools, an old rickshaw and other items. 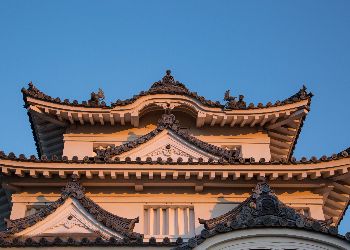 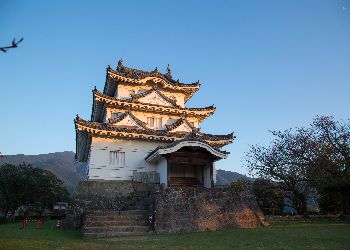 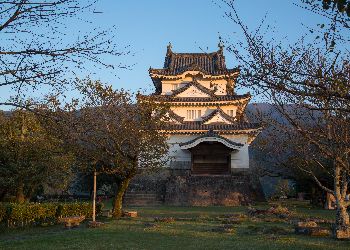 After a 10-15 minute climb, visitors will reach the castle's three-storied main keep at the hill's flat-topped summit. The keep's authentic wooden interior is well-preserved, and climbing up two floors worth of steep wooden stairs to the top floor rewards visitors with good views over Uwajima City. There are some exhibits within the main keep, such as armors and swords belonging to past feudal lords, as well as portraits of them.

Get There and Around

Access The northern trailhead to Uwajima Castle can be reached in a 10-15 minute walk from Uwajima Station. From there, it takes a further 10-15 minutes to climb up the hill and get to the main keep.

Closed: Mondays (or following day if Monday is a national holiday), December 29 to January 3